How to win in Teamfight Tactics?

Teamfight Tactics is one of the best Auto Battlers on the web, so if you are looking for a nice and high-quality game – then this IP by Riot Games could be your choice. Since Riots added a ranked to the TFT you could wonder – how to win in Teamfight Tactics? Or what is the best strategy? Here I will tell and teach you what you need to do in all three stages of the game – from early to the endgame, just like the real veterans of the teamfight tactics boost. After this guide, you will be amazed by how fast you can climb the TFT ladder.

How to boost the early game in TFT

First rounds are extremely easy in TFT – there are the first draft round and three PvE waves that will give you starting items. If you were lucky then you will earn a lot of awesome two star units and some interesting artifacts that will secure your win streak, that will give you an extreme amount of gold. But if you seeing that your starting army is not so good, you could decrease the risks and go into a full losing streak, to quickly accumulate 50 gold to receive the maximum interest bonus. In most cases, the outcome of the early game completely depends on luck, but the early game is not the most important thing. All you need to do is correctly evaluate your army’s strength and decide: are you good enough to chase for the win streak? 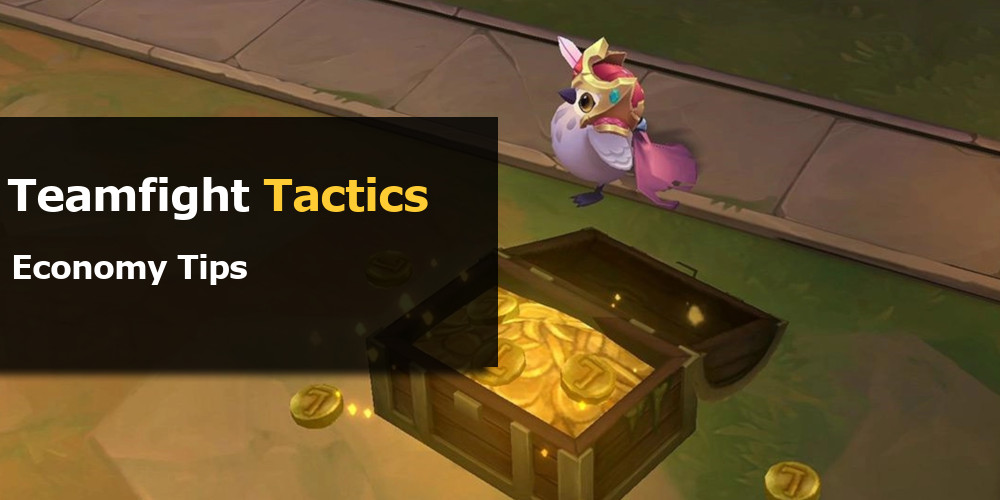 First rounds starting with the Drafting Phase and, to be honest, it does not matter anything. The only two things matter – the rarity of a champion and the item he holds. Gaining an Uncommon champion is your top priority goal, so look for a champion with the green highlighting. Never choose the specific champions, because Auto Battlers is completely RNG game and you can never be sure about what champions you will need in the current game. So pick uncommon because they are harder to obtain in the early game due to the low level and early Uncommon champions will help you to build the synergy you want much faster. Take Shen or Varus as an example, they will be a key to reaching the origin or class synergy as soon as possible.

The second reason why you need to pick Uncommon champion – the economic boost. Uncommon units are selling for 2 gold, so it can be used to quickly reach the first economic interest.

But if you are not interested in uncommon units, then you need to look for the next items:

These three items are extremely good in the early game that could be transformed into powerful items that will help you during the PvP rounds if you will use them in the right way. If you cannot see the items you look do not be too disappointed – you still can be lucky enough to receive them from the PvE rounds.

The most major thing is in the mid-game – to reach the 50 gold asap to quickly reach the 5 additional gold from the interest. Never forget to continuously increase the strength of your units and look for the right items. During this stage of a game, you need to decide your final strategy. Origins and classes must be selected here because later you will not have enough time to change them in the late game. 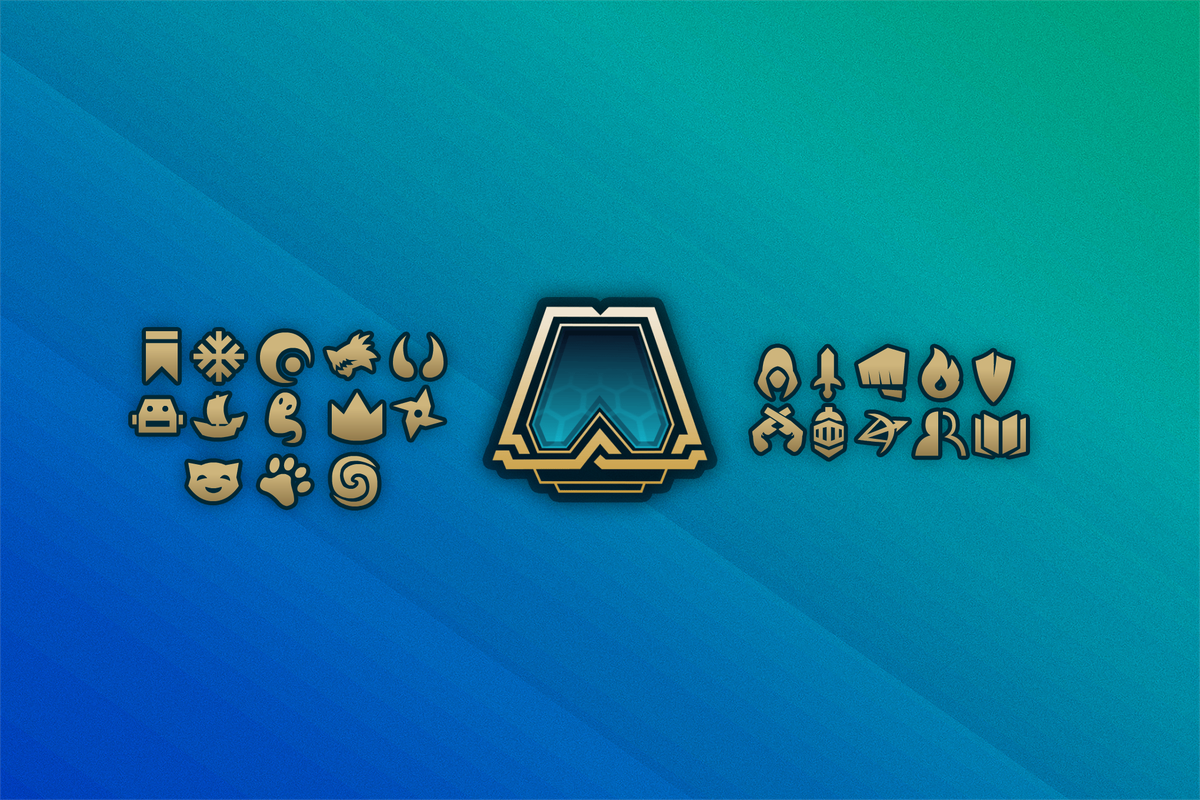 When you are choosing your final team composition you need to spend some time and look at what building other opponents. Since all players have the shared champions pool, it would be a bad idea to build the same army as your opponents. The only risky reason to build the same build – if an enemy has low hp. But even this may be too risky if he will manage to perform an epic comeback!

This is the hard part, where you need to focus on obtaining three star units. Hold your gold on the 50 points and spend all gold above on rerolling in searches for the good champions.

The hardest thing here is to maintain your bench. In the late game, it will be full, so if you see a great unit, you need to sell a unit that is furthest from the 3-star upgrade. This is the best time to try to adjust positioning. Especially if you are losing matches, because losing at this stage may cost you more than 20 health. Positioning is the key, look at your opponents and find the strongest one, or the one who are stronger than you. Make sure that your main damage dealer is not being killed too fast or just stuck in the corner without an ability to hit anyone for the half of the round.

During drafting stages, you need to look not for the items, but for the champions, you need to quickly get a three-star unit that will carry you through the game. But if you don’t see one, then look for the Spatula. Force of Nature is an amazing item that will give you an enormous advantage after all additional unit cannot be useless. 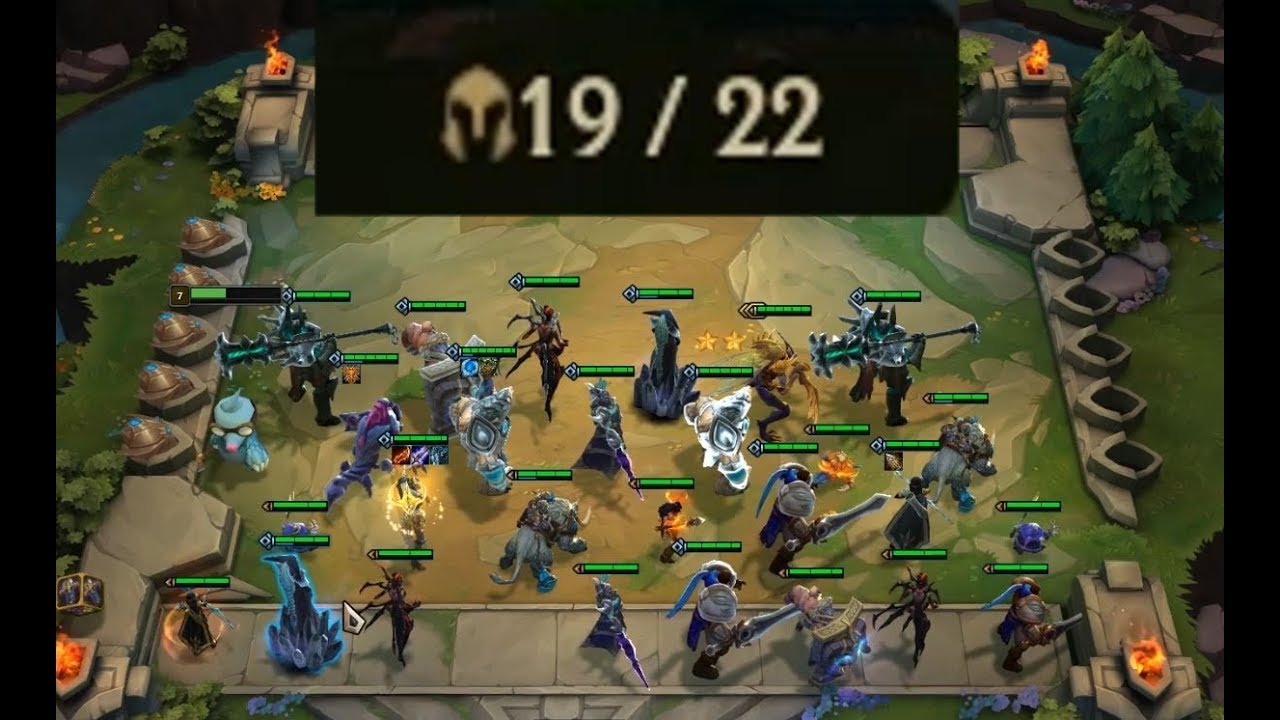 If you are extremely low on health, then it is time to perform an all-in move. Your money will not help you in the next game, so it is the time of power leveling or mass rolling. Spend all your money in searching the champions you need to quickly get a 3-star champion that will carry you up to the top 3 or even higher. It is a desperate resort. But it may help. If you could survive a few more round thanks for this then it definitely worth it. Some of your opponents might be slain and you will get the higher place at the end.